You can often spot grey seals (and the occasional harbour seal) off Holy Island’s shores between the end of February and the end of October. They are still around in Winter, and you might spot one or two, but most of the colony would have departed to the Farne Islands to pup as the weather gets cold.

You may see them virtually on any of the island’s beaches, but two good spots are at the top of the Heugh, and on St Cuthbert’s beach, just opposite St Cuthbert’s Island. At low tide, they tend to settle on the sand banks between the island and the mainland, and as the tide rises, they will swim around.

Haunting seal song can be heard in the village during the summer months.

If you want to see them up close, a good option is to take a boat trip to the Farne Island from the harbour in Seahouses, which is down the coast from Holy Island. There are several cruise operators there, and the trips are a great opportunity to see wildlife up close, including the seal colonies, puffins (in season) and other fantastic bird life.

See also: more information about the seals of Holy Island. 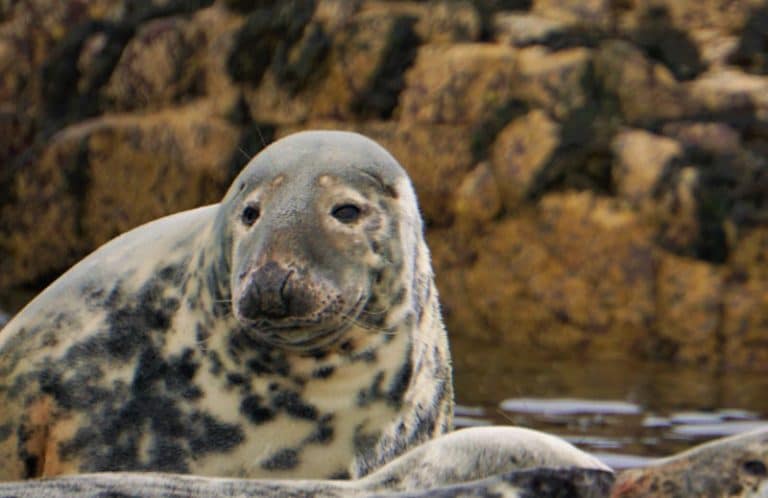