This elevated rocky ridge formed of hard whinstone (dolerite) was created by magma 295 million years ago. It rises above the village and is known to geologists as the Holy Island Dyke. The Heugh (pronounced ‘Hee-uff’) can be reached on foot either through a (steep, mind your step) climb from St Cuthbert Beach or if you walk through the turnstiles to the side of the Crown & Anchor pub and then along the path that takes you towards it.

It is the site of a former Coastguard observation tower that is now open to the public (free, opening times vary). You can climb up the stairs to a stunning 360-degree view towards the island, the mainland, Bamburgh Castle and the Farne Islands.

Next to the tower are the remains of a 19th century structure, built on what is thought to be the location of a chapel, referred to as the Lantern Chapel.

Further along are foundations uncovered in 2017 of an Anglo-Saxon church, dating back to the 7th century, and perhaps even built by St Aidan (see images below for a picture of the foundations).

The Heugh is also home to the war memorial, designed by Lutyens, and which commemorates islanders who died in the two world wars. Their names are inscribed on the memorial.

There is a metal shipping beacon that helps guide boats into the harbour (they align the triangle at the top of the mast with the church bell tower to avoid a shingle bar on entry).

If you walk along the Heugh towards the castle, at its edge you’ll see the ruins of St Osborn’s fort, part of the defences built in the 1670s to protect against Dutch raids. 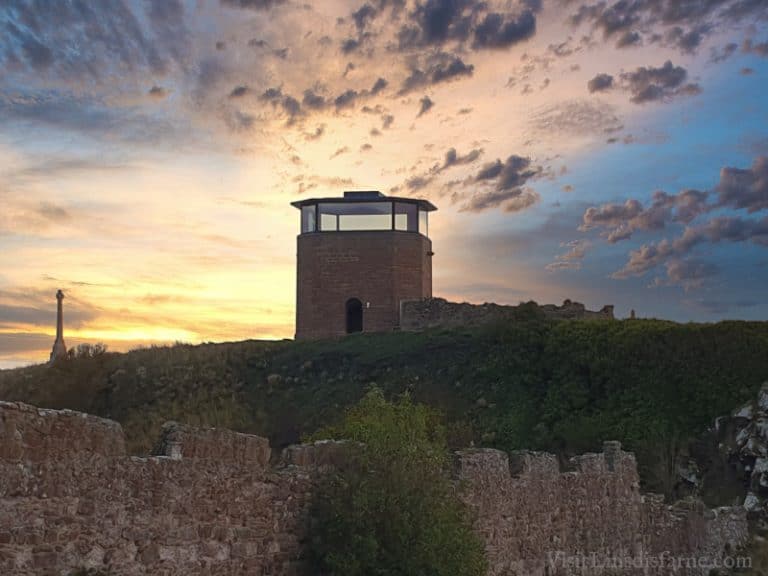 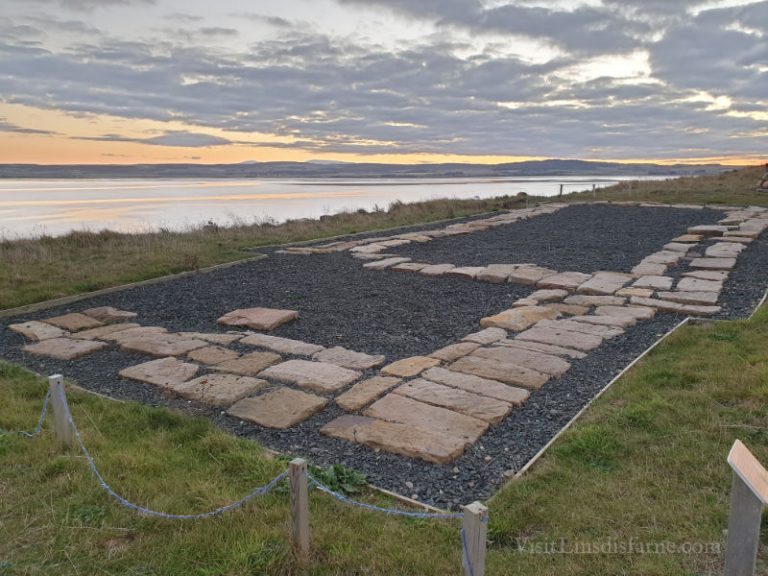