If you think of Holy Island’s shape as a chicken drumstick, the Snook is its handle and the first part of the island you drive alongside as you cross the causeway. It is part of the Lindisfarne Nature Reserve and is home to dunes and salt marshes.

The Snook can either reached on foot from the village via the dunes or by car. The turning to the Snook is about halfway between the start of the causeway and the island. You then follow a dirt road, and there is a small parking area where you can stop. Note that the dirt road is full of deep potholes and has not been mended in a while. Drive carefully.

If travelling to the Snook by car, remember to check the tides, as the entire stretch between it and the island can get submerged during higher tides.

There are two lone houses in this location: Snook Tower and Snook House, dated early to mid 19th century.

Snook house’s claim to fame is featuring in the TV crime drama series Vera, based on novels by Ann Cleeves. The series is filmed in Northumberland and follows Detective Chief Inspector Vera Stanhope, as she solves one gruesome murder after another, often in beautiful locations in the region. Snook house is shown as her residence, and the causeway sometimes makes an appearance. In the novels, Vera does not live on Holy Island, and the TV series does not suggest that she does. It is simply a scenic place for filming, and, we think, well deserved.

There is not a lot of information about Snook Tower and stable. The building is Grade II listed, and some speculation is that it used to be a windmill or an early watch tower.

Note that the buildings in the Snook are private houses and not a tourist attraction, so if you visit the area, please keep your distance and be respectful to their owners. They certainly would not welcome a knock on the door. 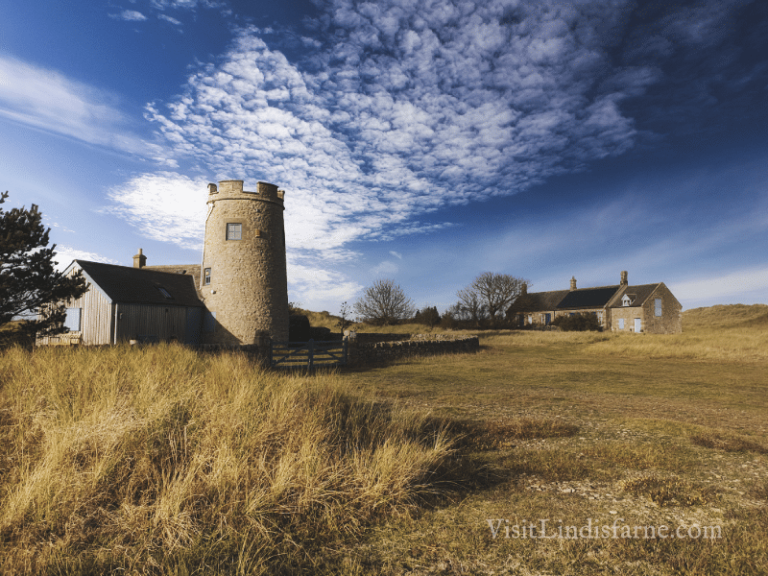 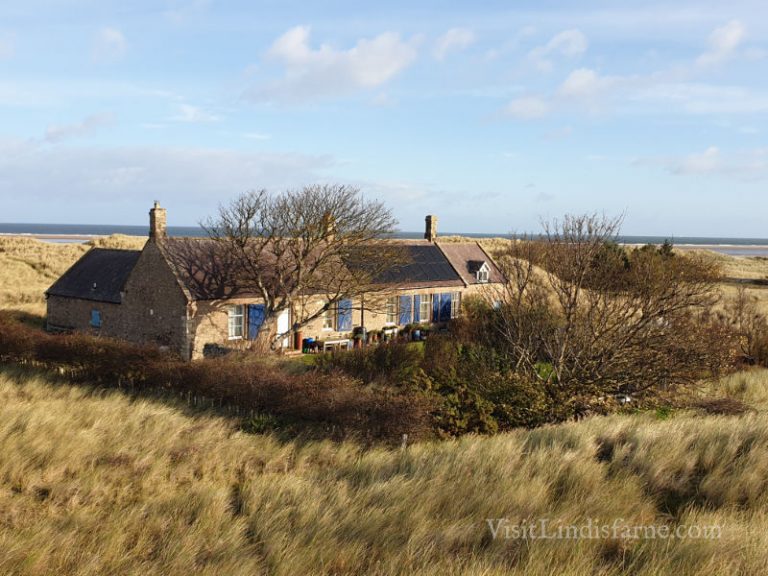